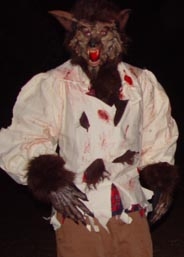 Halloween games bring out the kid in your Halloween party guests

If you’re throwing a Halloween party for adults, you may have already seen our article on great Halloween cocktails to serve at parties, but for your party to be a really big hit, there’s one more thing you have to have; halloween games.  Since we’re talking about a party for adults, it goes without saying that these will seem a little goofy, but they’re guaranteed to bring the kid out in the most stoic of grown-ups.  To make it extra fun, make sure you serve the cocktails before playing the games!

What adult doesn’t look back on their childhood and remember their love for hide and seek?  It was the ultimate game as a kid.  You can feel that thrill again, but add to it the thrill of scaring your guests half to death at the same time.  Here’s how you play:

You’ll need one “seeker” and one helper. Tell the guests to all hide.  Give them two or three minutes. While they’re hiding, go into another room and put on a scary costume. Once everyone is hidden and you’re ready, have the helper turn out all the lights in the house. One by one, find the hiders with a flashlight and scare them in your scary costume. Once they’re found, send them to the “graveyard,” a room in the house, where they’ll lie with their arms folded like corpses. Give a fun prize to the last person found.

Remember bobbing for apples?  This is a different version that won’t get water all over your floor.  Here’s what you’ll need to play:

Tie a string to each apple’s stem.  Make sure it’s at least a foot long.  Tie the other end to your broom handle.  If you have several people playing who are different heights, try to use an appropriate length of string for each one so that the apples will dangle in front of them at eye level.

Have one person hold the broom stick on each end.  They may need to stand on chairs to keep the apples high enough.  Each player tries to grab onto the apple using only their teeth.  They must keep their hands behind their back.  The first player to successfully grab their apple in their teeth wins!

Just about everyone has played pictionary.  The beauty of this game is that you don’t have to be able to draw.  A stick figure will do.  In this version, simply make up your own words rather than using the cards that come with the game.  Since this is a Halloween party, make sure to use words that fit in with the spirit of things.  Here are some suggestions:

Just make up enough words ahead of time to play a full game and go for it.  This new twist on an old game is sure to be a favorite.

As with Pictionary, this game puts a Halloween spin on a classic game.  Play charades as usual, but players can only use Halloween themes.  Here are some suggestions they can use for the game:

As adults, we don’t get to trick or treat anymore.  We usually don’t get to act like a kid and just have fun.  This is your chance to throw a party where grown-ups can just be goofy and have a good time.  These halloween games will give your party guests a chance to be kids again!