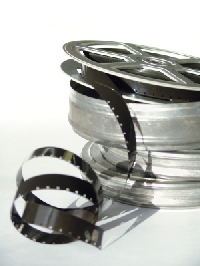 Hollywood became the mecca for movie studios trying to get around patent rules.

Hollywood is uniquely American. It was invented here and it has a unique industry.

Originally settled by migrants to the area in 1870, Hollywood today is a district in Los Angeles, California. It’s situated in a west-northwest direction from downtown Los Angeles.

The name is supposed to come from Hobart Johnstone Whitley, considered the father of Hollywood. He and his wife came up with the name in 1886 while on their honeymoon. The name Hollywood comes from the hillsides where clusters of bright red berries were found each winter. This was the California Holly.

Many of the technologies we take for granted today, even before the advent of computer-generated graphics, were not available for over half a century in the history of Hollywood. But three things made California the right place to shoot motion pictures: the dry weather, the natural sunlight and the wide variety of scenery.

But motion picture companies moved from the east to California for another reason. Many of the early motion picture patents belonged to Thomas Edison, and he was notorious about protecting them and what type of pictures would be made using his equipment. The producers bolted to get away from those restrictions even if it meant they would violate the patents.

At first, pictures were silent, with background music played on site by small orchestras or with phonographs augmenting the movie. But the movies had the script displayed on screen. Some of the more important movies and directors of this era are W.D. Griffiths with the movie “Intolerance” as well as the silent comedies of Charlie Chaplin with his Tramp character and the movies “The Immigrant” and “Easy Street.”

By 1929, the technology was developed to merge the visual and audio films and the silent movies fell silent.

After audio/film researchers worked on the problem, two different recording systems were introduced: the phonograph system called sound-on-disc, and a soundtrack system called sound-on-film. The latter involved recording a soundtrack directly onto the celluloid strip. As this technology was developing, sound engineers used radio technology to amplify the sound through the theaters. The main technical problems were solved so by 1930, sound-on-film technology was adapted. ~

The first problem motion picture producers had was getting a reliable audience to view their pictures. Making films was one technical problem, but having them seen was a marketing problem. The studio system was a means of film production and distribution. The studio made the movie, signed the actors, writers and directors to a contract to appear exclusively in the pictures of their studios and distributed the film to theaters around the country.

Several studios were formed in this time:

They owned large, grand theaters throughout the country for the exhibition of their movies. The distribution was key. Only their own movies could be shown in the theater.

This operation all ended in 1948 when the Supreme Court ruled against those distribution and exhibition practices. This was the beginning of the end of the studio system. By 1954, the last of the operational links between a studio and theater chain was broken and the era of the studio system was officially dead.

The focus on movie production was enlarged by the rise of television. In 1947 production began in a made-for-TV movie, “The Public Prosecutor.” Television networks also began to move production studios to the area and record production companies also followed. Disney movies also became very popular in the 1940’s and 1950’s as children became a target audience for movie makers.

The Hollywood Walk of Fame was introduced in 1958 with putting a star on the sidewalk and honoring that actor. While there are many movies and TV productions that are still made in Hollywood; more recently, many production sites are handled on location.

This history of Hollywood shows that there was very tight control at the beginning of the 20th century in a variety of ways but they came apart slowly. Now there are many independent film makers who don’t even work  in Hollywood and have made their mark.