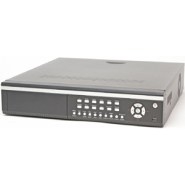 The DVR surpasses the VCR in more ways than one

The Digital Video Recorder (or DVR) is one of the most miraculous technological inventions of the 21st century.

If you consider yourself technically illiterate, don’t worry. Once explained, you will understand just what is DVR and you will most likely invest in one.

What the DVR is not is just another VCR. Compared to the DVR, the VCR is about as archaic as an 8-track cassette player.

The DVR’s only similarity to a VCR is its ability to record shows from the TV. But, get this: You can record an entire season’s worth of shows simply by programming the DVR just once. For example, if you love “The Office,” simply find the show via the search function, select “Record entire series” and “Only new episodes” and you’re set for the season. Do this for any and all television shows that are on your can’t-miss list. And there is an included function on most DVRs that will make recommendations for shows based on the types of shows you habitually record.

Another primo feature of the DVR is its ability to record two shows at the same time. You can even pause and rewind live TV. Yes, actually pause live television. Think of all those sports plays you will never have to miss. Or if the phone rings while you’re watching a movie, just hit pause and come back to where you left off after your conversation.

The DVR virtually eradicates any and all TV interruptions. In fact, if you’re watching a recorded program, you can fast-forward through the commercials (and at three different levels of speed). This cuts your TV viewing time in half, easily.
~

Like the computer, the DVR contains a hard disk drive for storage. The DVR digitally records a program by compressing the video signal using a video encoder. The device’s recording
and playback functions are separate from one another, which is why you can rewind a program while continuing to record it.

A popular brand of DVR is the TiVo. You can also rent DVR boxes from most local cable companies for a monthly subscription fee. If you purchase a TiVo console you must also pay a monthly rate (usually less than $20, depending on the service plan).

If you plan to record an abundance of shows, you will want a device that allows for at least 20 hours of recording time. Once the space on the hard drive fills up, the DVR will begin to erase already-recorded shows to make room for more recordings. So, there is some regular maintenance involved.

To sum it up: What is DVR? It’s a modern-day device that allows you to watch TV on your own terms. Isn’t that how it should be? Now you just need a Plasma!